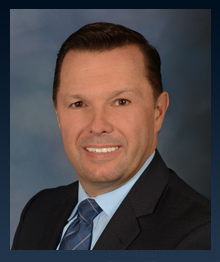 Andrew followed his clerkship with a position at a major New York area law firm, McElroy, Deutsch and Mulvaney. As an associate at the firm, he became well versed in the areas of personal injury insurance defense, corporate and commercial litigation, and white-collar criminal defense.

On St. Patrick’s Day of 2000, Andrew joined his brother, Patrick, at the D’Arcy Law Firm, where he helped build a diversified and reputable trial law firm, concentrating in areas of serious personal injury, nursing home and medical malpractice litigation and mass torts. He has also been involved in some of the nation’s most high-profile cases and investigations, including a number of mass product/drug defect and environmental toxic tort cases. His passionate representation of injured individuals, as well as victims of corporate greed, has translated into numerous success stories for his clients and has earned him an impressive reputation in the legal community as an aggressive and result-driven litigator.

Each year since 2013, Andrew has been named a “Super Lawyer” by New Jersey Monthly Magazine. He has also earned an “AV” peer rating by Martindale-Hubbell publication, which is the highest such rating available to any individual lawyer. Andrew was selected to serve on the Plaintiff’s Steering Committee in the national NuvaRing birth control litigation.

Andrew is licensed to practice law in the State of New Jersey and the United States District Court of New Jersey. He is a member of the Atlantic County and Ocean County Bar Associations, the New Jersey State Bar Association and the American Association for Justice. He is also actively involved as an alumnus of St. Benedict’s Preparatory School, located in Newark, New Jersey, having served on the school’s Board of Alumni.

Andrew resides in Toms River with his wife and four children.